As a result of the 1966 study, the AF immediately launched an effort to field a dedicated CAS aircraft that would replace the (believed to be) best CAS aircraft of the time: the A-1 Skyraider. The A-1 was a naval strike aircraft developed towards the end of WWII and fielded too late for combat. It was used in Korea as a capable bomb-truck, and was re-invented for counter-insurgency warfare. An important planned improvement seen as needed in a Skyraider replacement was a better capability against ‘hard targets’, and this requirement dominated the replacement effort. The replacement program went through two major rounds of capability and mission analyses and numerous minor tweaks before the final A-X requirements were issued. All of these events were ‘fast-tracked’ by any contemporary definition of the term, which only highlights the point that the AF was NOT dragging its feet in bringing into existence a better CAS platform.

Epilogue: Ironically, a showdown on CAS between the Cheyenne and what was to become the A-10 was avoided -- as the Cheyenne program sank by the weight of its own technical requirements and ambitions.

A-10: An Aircraft Developed for a Milieu
As mentioned above, one of the requirements for a new CAS platform was more capability against ‘hard targets’. The ‘A-X’ Requirements Action Directive was issued for a specialized CAS aircraft, heavily armed, that could loiter for extended periods, and escort slower-moving aircraft. It was to have a crew of one, be comparatively ‘light weight’, and low maintenance. Although it was to provide armor protection to the pilot and critical systems, it was to be designed for operation in a ‘permissive environment’. According to the Air Force Center for Systems Engineering Case Study on the A-10:

Although the intended operating scenarios stressed a permissive environment, the CFP was to consider the feasibility of incorporating a limited air-to-air missile capability as a defensive measure. Survivability from ground fire was an essential characteristic for the A-X. Structural and system design would need to provide inherent survivability, to include self sealing fuel tanks and, if power flight controls were used, a manual backup system would be provided. The pilot and critical flight systems would be protected from 14.5mm projectiles (common Soviet Anti-Aircraft shells). The aircraft was to "incorporate maintainability characteristics which will make it possible for this system to meet its combat operational objectives with a minimum of maintenance effort and expenditure.

The definition of ‘permissive’ may be somewhat vague, but given what the threats were at the time, and the above paragraph statements we can safely presume it meant something similar to the circa 1966 South Vietnam environment: Small arms fire, some light anti-aircraft weapons and at least local air superiority. It was most definitely not conceived to face MANPADs or to go toe-to-toe regularly with ZSU-23 'Shilka' systems.

Initially, the ‘best’ A-X configuration was conceived to be turboprop powered, but by 1970 progress with high-bypass turbofan technology prompted the A-X program to direct potential contractors to examine using turbofan configurations. This change in plans created some interesting configurations to be submitted for development. Some of the concepts are illustrated below.

These were two of the early turboprop design concepts submitted to the Air Force: 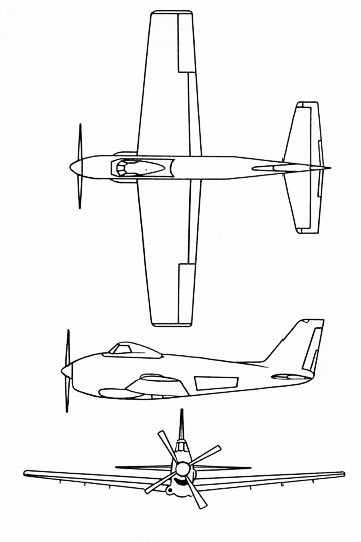 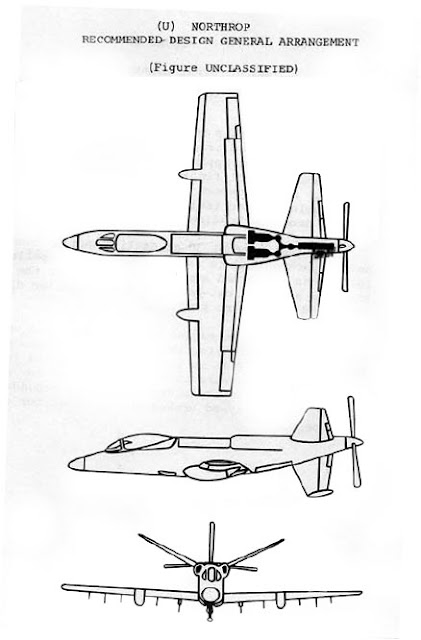 Here are the two turbofan concepts selected for prototyping and the so-called “fly-off” competition. 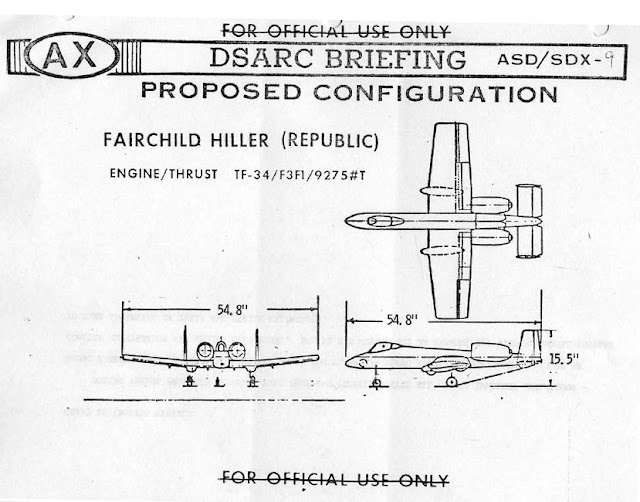 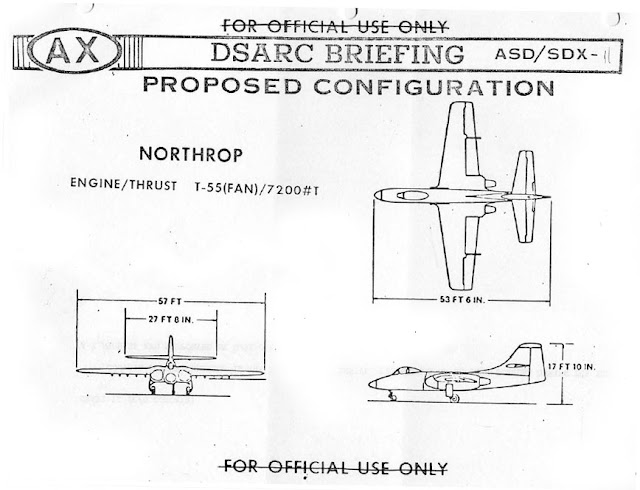 The Fairchild Republic A-10 ‘won’ the fly-off (another complicated and not all that clear-cut story for another series of posts sometime) and was put into production.

The twisted path of procurement, deployment and employment, modernization, life-extension, and ownership for the A-10 could fill several books, but this summary from an Air Force Case Study Report (in which the authors themselves somewhat ‘buy into’ Air Force CAS myths) is a fairly good and concise synopsis:


The A-10 aircraft had an inauspicious beginning for an Air Force that many have suggested only wanted the Air force to keep the Army from 'taking over' the CAS mission. The Air Force always believed that a fast multi-role fighter was a better choice for the feared war in Europe, but agreed to procure the A-10 for contingencies and “limited wars” like Vietnam. For its part, the Army seemed to like the A-10 as long as it did not threaten its own development of attack helicopters, and on several occasions the A-10 did appear as a political threat to continued funding for those helicopters. Despite these challenges, the Air Force did embrace development of the A-10 and produced a specialized CAS aircraft that would prove effective in a variety of operations throughout the world (fortunately for mankind in the 20th century, a shooting war between NATO and the Warsaw Pact never erupted, and it never became necessary to prove the A-10’s mettle against the armies and air forces of Eastern Europe). Close attention to key mission characteristics (lethality, survivability, responsiveness, and simplicity) allowed concept formulation and subsequent system design to result in an effective CAS aircraft, and design-to-cost goals kept the government and contractor focused on meeting the critical requirements at an affordable cost. The A-10 did not meet all its cost goals, but it came much closer to them than most major defense development programs did in that time frame or since then.

My only problem with the above paragraph is that it discusses how ‘well’ the program was run to meet cost and performance objectives in a manner that divorces the ‘qualitative’ from the ‘quantitative’ aspects of the A-10. To assess how well the program REALLY worked out we have to be aware of some of the A-10 ‘challenges’ that are not mentioned. Two paragraphs after the above, some caveats to this glowing appraisal were presented:


Alas, no program is perfect, and the A-10 provides no exceptions to that observation. Overlooked problems associated with production readiness and contractor financial stability did not go away and had to be resolved far too late in the development program. More significantly, the original structural design proved inadequate for the design life, and even fixes during production were inadequate for all but the latest aircraft produced.

Not mentioned above was the difficulty the designers had in de-bugging and integrating the 30mm cannon into the airframe, including getting past the gun’s tendency to ‘jam’ and engines ingesting the gun gases that eventuated with the loss of a test aircraft due to a double-engine flameout and a seriously injured test pilot as a result. Yet the program marched forward, as the ‘need’ was seen as pressing and real.