Occupy Fort Worth A Total Bust So Far 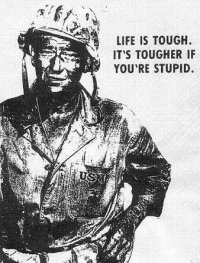 Or: 'Dude! If you are bald or gray ditch the ponytail - you're creeping out the children!
First - I'm not going to dive into the cognitive dissonance required for people to blame 'Wall Street' over the housing bubble bust  or the crap economy the last couple of years,  yet do not Grok the link between the Crony Capitalists and the Socialist-Left Democratic Party--Whom they SHOULD be blaming for most of our problems (with a relatively minor role played by the Quislings of the irritatingly clueless Republican Establishment).  I'm going to write a blurb here about the people involved in this 'Occupy' farce. A farce which I believe that when all is said and done, will be shown to have been blown all out of proportion, and someday someone will admit as having had the express purpose of furthering the Leftist subversion of America.

About 'Occupy Fort Worth'

So few people have showed up for this 'epic fail', the local newspaper was able to put a story up with pictures identifying by name what looked like a significant number of people (who weren't minors) who showed up. Article with photos here.

The cross-section was cliche. They had freshly-minted college grad 'filmmakers', angst-ridden musicians, full-bore vegans, retired 'teachers', and my favorite: Geriatric Hippies. I believe I've made it quite clear what I'm most looking forward to on the Hippie Question. 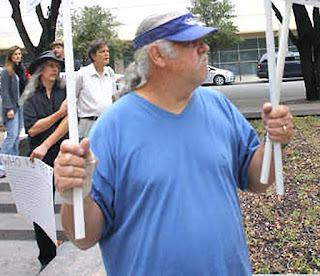 Outside enclaves of idiocy in Dallas, Houston, and most of Austin, Texas has an acute shortage of the type of people who have either the time or inclination to gather and bi*** about how unfair life is. This is true mainly because MOST people understand life IS unfair. From what I can tell of this so called 'movement' to date, it is largely populated by people who made life choices that didn't turn out as well as they thought they should have. Tough. There are some involved who ARE victims of fate, I'm sure - and creating a narrative to explain away misfortune is a human tendency and therefore understandable. Just don't expect the rest of us to buy into whatever story you built around your misfortune to cope with it. I'm more interested in being supportive of friends who are in dire straits and are working through the situation without giving up. My sympathy extends as far as your willingness to help yourself. Can't find a job where you live and there are jobs elsewhere? MOVE. Don't have the skills needed? Get them. I know people that are doing both and they're not wasting time at the park looking for handouts.