No, Not “Twilight”. Night

There are apparently 'those' who  think that  the F-35’s first nighttime aerial refueling tests beginning right about sundown (at altitude, which means well after sundown on the ground) is some form of ‘cheating’ or possibly a ‘diluted’ or ‘easier’ test than if begun perhaps long after the day’s last light has passed.  I came to this conclusion the first time someone posted the single-word ‘Twilight’ as a comment on a thread about the testing. I found it mildly amusing at the time because of the self-revelatory ignorance behind the squeaking is now archived forever in cyberspace. If someone holding incorrect and ill-informed views wants to lynch their own credibility, I’ll happily give them all the rope they’ll need.

Given that the material presented in the first article only provided a photo taken early in the mission, we can conclude that the commenter either: a) didn’t bother to read the part about the mission being 3 hours long or b) isn’t aware that twilight doesn’t last very long no matter what your altitude.  Checking my phone app for moon and sun position tracking I found that the date of the test, March 22nd also involved –as I suspected-- a ‘New Moon’ (i.e. NO moonlight).  Therefore a test beginning at ‘Twilight’ had to have rapidly transitioned into ‘Dark*’ pretty quickly.

But what are we to make of the same commenter again dropping off ‘Twilight’ on yet another major Defense/Aerospace website? This time to a posting with a video showing different sortie activity over the length of the mission, including a ‘hookup’ clearly made well after dark?


*As dark as the lights of SoCal would have permitted, but that presents its own challenges.
It will be interesting to see if the same actor drops the ‘Twilight’ turd elsewhere.

Striking, isn’t it? That someone has ‘bet the farm’ on his beliefs to the point that they feel they don’t even have to read what they’re commenting upon. I hope they have another farm to fall back on. 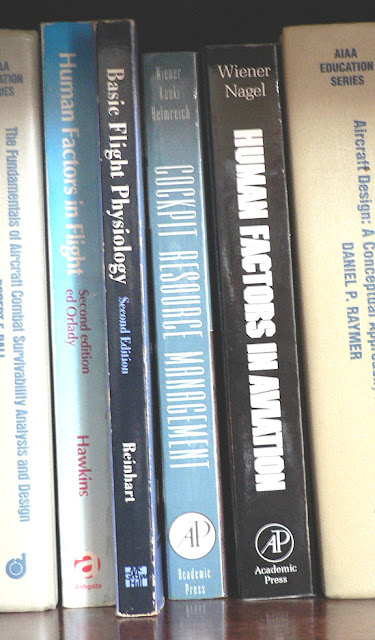 I was sorely tempted to also bore most of you to tears on Flight Physiology and WHY starting a test card for night refueling qualification testing at dusk could yield more data, and more meaningful test data than starting well after dark, but I managed to restrain myself.
Here’s the ‘short form’ of the more important aspects: Transition from Photopic to Scotopic vision and the effects of changing lighting conditions on aircrew perceptions (Boomer and Pilot) of contrast, glare, reflection and refraction. You know, the kind of stuff you care about when you are qualification testing the night aerial refueling capability of the F-35 (and tanker type to refuel the F-35)
Posted by SMSgt Mac at 13:55

Would testing incorporate a range of lighting and weather conditions in a schedule, small steps in difficulty across the full range of expected scenarios?

I am no expert but surely that seems logical.

One of the problems with the F35 is that its testing and development is being conducted under a very public internet fuelled microscope.

I do wonder though if LM could do better in the pre-emptive PR around this, not sure, maybe publish the schedule, have some sort of progress indicators online or something like that.

I'm sure there is an envelope expansion, but I doubt it is very extensive becasue it is extremely hard to control the weather and visibility for repeatability and this can be perceived differently by different people. I expect it would depend on the scores from initial integration testing that comes from aircrew themselves.

Part of me wishes the Program was more aggressive in getting the good news out there, but I fear politics are paramount and no one wants to spend political capital if they don't have to. This I believe, also unfortunately plays further into the hands of the POGO-CDI strategy, which believe it or not, I'm pretty sure their slamming the F-35 is only a means to their greater goals concerning all defense and acquisition and not the goal itself. Their game hasn't really changed since the 70s.