Via Elements of Power’s Global Intel Network I’ve received the following memo. While we cannot completely ascertain its authenticity, the contents are hardly surprising or controversial. EoP offers the following as just another data point in the historical record of the journalism’s F-35 meme machine. 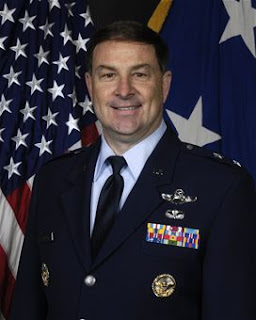 
Hi There!
Well by now I’m sure most of you have seen the reporting on my comments concerning the state of the F-35 program. I’m also pretty certain most of you have also figured out my motives for saying what I said, in the manner that I said it as well. But I want to be certain there are no misunderstandings between ALL of us on the F-35 team, so I’m going to describe what I said, and why I said it the way I said it, and do by covering my main points in as plain and clear terms as possible. Ready?

When I said the relationship was the "worst I've ever seen" I meant it. But heck, even a wife-beater in his heart of hearts knows it takes ‘two to tango’ so while the press jumped on the statements as my telling the contractors to ‘shape up’, and just as I expected, think about it for a second: I’ve only been on board the program approximately two months. Two. Months. Two months on ‘the largest acquisition program ever’ is just about long enough to figure out there IS a problem and maybe get a feel for where my own side of the house is having problems. It’s certainly not long enough to determine root causes and failures. Even if I DID believe, as some claim, I single-handedly saved the KC-X  program, I STILL couldn’t possibly have enough chutzpa to think I had everything about the F-35 program ALL figured out in only two months. Rummage around in a few of those articles away from the headlines, and you’ll see I don’t lay the ‘relationship’ solely at the feet of any one group. After all it’s not like I can pretend there’s a surplus of experience and knowledge on the Government’s side of the relationship can I?

No one in this business should be surprised the press has glommed on to the money angle: citing in their articles my point of having “no intention of asking Congress for any more money for the F-35 beyond what’s already in the pipeline”. While among us rational folks, that had to have come off as me just being “Major General Obvious” (Duh!) there IS method to my ‘madness’ as it were. This is the one comment that will buy me—our program—a little time out of the Petri dish to get our job done with minimal carping from the ignorant and uninformed. We will of course find the money we need that is already within the pipeline, and you can expect me to be open to suggestions in where to find it. Right now I just have a lot of questions and suspicions about things, such as perhaps those rather crudely constructed and outrageously high and unsupportable life cycle cost estimates. But in any case, WE will find a way. Even Major Generals can’t do it alone.

Make no mistake, we all know anything worth doing is never easy. If the United States and her International Partners didn’t NEED the capabilities the F-35 will bring to the Warfighter, we could have just squeezed a little more capability out of the basic legacy aircraft designs. By my acknowledging where we ALL already know where our challenges are and are actively working to conquer, when those successes come in the natural progression of time and engineering, WE will get credit for the accomplishments and blame for any shortcomings. It is an awful good thing we’re already well along in meeting those challenges, isn’t it? 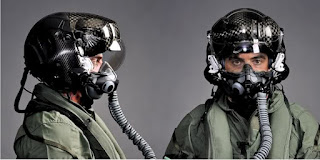 The media still talks about the problems with the Helmet Mounted Display as if it were just found yesterday. That is to our advantage.  One would think that my mentioning the upcoming tests ‘in the next 60-90 days’ SHOULD tip them off that we believe our difficulties are substantially behind us:  just from our stating we are about ready to begin testing.

Since when is software not a challenge? It’s the ‘death and taxes’ of systems development: software is always HARD. Of course I mentioned it.

That I’m citing logistics as a ‘hurdle’ we have to overcome should have been another ‘No Duh’ moment. Think about it. NINE partner nations around the globe with Foreign Military Sales customers like Japan also coming on board. Eventually, the F-35 will have the global footprint of the F-16 or greater. That’s a lot of airplanes to support in a lot of different places. But the planes they’re replacing are in some cases more numerous and in all cases have more maintenance overhead. This means the entrenched government bureaucracy will be fighting tooth and nail to make the replacement F-35 workload grow to protect their so-called ‘core capabilities’.  We’re not only going to have to stand up a global support system, we’re going to have to do it while parts of the US Government are trying to squirrel some of it away and out of our control. 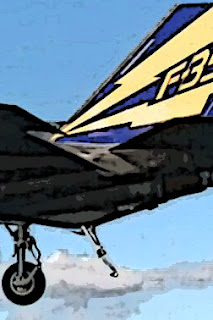 The tailoring of the F-35C tailhook redesign isn’t yet complete, but we’re going to complete the task pretty quick. While the usual Palestinian Apologists at Reuters will frame my statements as we ONLY caught the wire “five of the last eight times”, real journalists will pick up on the trend and recognize the trend is three of the last five, and the two that weren’t caught was because the pilot didn’t hit his mark.  Maybe the smarter ones among their readers will eventually figure out that unlike our test configuration, that’s the reason there’s more than one wire on the big deck carriers.

That’s all for now, but I’m sure we’ll be communicating again real soon as part of improving our team communications which is in turn a critical part of rebuilding our team relationships.

dude. you ok? haven't seen ya in a while.