Canadian Liberal Politicians and Their 'Operatives with Bylines' are Headhunting

Libs in the Great White North, who are no doubt just as brain dead as their south of the border brethren, seem to have a target painted on the F-35. Only the F-35 isn't really what they're going after: they're after the politicians who backed it. 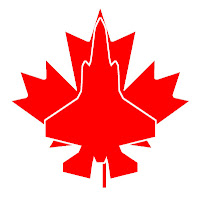 This latest round seems to be an attempt to manufacture outrage over 'estimated' life-cycle sustainment costs.

Other outlets, including ones who should know better, report what the Big L Liberal rag reported. They did so with varying degrees of scepticism or enthusiasm (you can guess which reports what with alarming predictability),


Now it is reported the initial report was wrong, in an article full of leftard political ranting no less.


The Conservative government says it has not made a decision on the F-35 as a replacement for Canada's CF-18 fighter jets, but it now appears to concede that alternative fighter purchase options will be considered.

The Prime Minister's Office denied a media report Thursday that the F-35 purchase was dead, calling the report "inaccurate on a number of fronts" and promising to update the House of Commons on its seven-point plan to replace the jets before the House rises for the Christmas break at the end of next week.

Even Reuters didn't over-commit on this meme (yet). It doesn't matter. The "STORY" is really about sliming the people who made the decision to sole source the F-35 vs. compete it against a bunch of 4th Generation targets. Not because of the decision really, but just because they can (think Scorpion and the Frog)

BTW, I note the offending paper 'who cried wolf' is the same rag that created the "Spitfire vs. F-35" fairy tale I eviscerated earlier. A**hats.

Canada only has 3 options:the F-35,the F/A-18 SuperHornet or the F-15SE(the Typhoon the Rafale and the Gripen are dead for lots of reasons that yoy know and i am not going to bother you abouth,because you already know).Bouth the Eagle and the Super Bug would be fine for Canada,but...the SilentEagle would be more expensive than the F-35 and the Hornet would lack the range...
The Eurocanards(remenber i am Portuguese )are inferior to the american designs in many ways...people can jump and b#tch about it but that is true...
Mark my words...Canada will stay whit the F-35...if not no worries...just get another customer ...

This just means their will be a competition to replace the CF-18 (long put off as it has been). And I would assume the newer F-18F etc have the upper hand?

I am not buying this...there will be a competition,and the JSF will win it.Its just to shut up critics and to show off for political reasons...now IF the F-35 is out ,what will they buy?The typhoon is more expensive ,the Rafale isnt compatible with NATO standard weapons(AIM-9,AMRAAM,etc)and the Gripen is sigle engine(one of the remarks the critics have on the JSF)andlacks the range.That leaves the F-15SE(again more expensive than the F-35)and the SuperHornet.So,the only choice besides the F-35 is the SH...Its the only that is REALLY cheaper than the JSF that can do the job.
But again im not sold on this one.Its just a political move...

One could equally argue that IF the F35 were selected after the competition, it is POLITICS solely at work, period! Am just glad that there will be an open competition at all.

HMS,
Your assumption would have to assume the fact there ARE competitors that CAN compete with the F-35. That assumption would presume those features that make the F-35 attractive are available to a degree in other "competitors" sufficient to cause something other that the F-35 being selected...again. You cannot identify any F-35 'alternative' that can compete with the F-35 in 'Stealth' or Situational Awareness (and back it up) to mention just two key discriminators.
So no, you can't claim the opposite is "equally true".

Actually, my assumption is that there are good alternate products out there that can fulfill Canadian's defense need without breaking her wallet. Wartime orders aside, since when has a sound-headed gov invested in a >$10 billion, 30-year-span commercial project without due competition to justify its merit and cost-effectiveness. Merit counts only when you can prove it in flight, not when LM or pro-JSF group say so. The lack of an open competition is at root of of the brewing JSF controversies in Australia, Canada, Netherlands and beyond. Given that political, militarily and industrial considerations have always been the main forces that determine the winner of defense contracts these days, it is a sure bet that politics will play a role, whether F35 wins, or not. Cheer.

How maneuverable will F35 be, compared to its contemporaries (Su35, Typhoon, J10)?

How affordable will the JSF be, compared to contemporary projects (eg F18EFG/UCAV/Rafale x3)?

Without asking these difficult questions and adjusting our decisions/trajectories accordingly, the next NATO/allies-standard fighter aircraft will be a costly lemon, whether you like it or not.

On current trajectory F35 will consistently get "eviscerated" by level 4 Nellis aggressors even in Block 4F configuration circa 2017.

"Actually, my assumption is that there are good alternate products out there that can fulfill Canadian's defense need without breaking her wallet."

You attempt to cavil over the salient point of what a competitor "is". Obviously, any competitor to the JSF must meet Canada's defense needs, otherwise they wouldn't be a 'competitor'.
"Costs"
You presume the F-35 would be harder on the 'wallet' than other, lesser aircraft, without providing the basis. I understand your hesitance. If you provide your basis, it can be dispensed with. The important thing for a weapon system is to sufficiently meet a need at lowest Total Life Cycle Costs to get 'best value'. The only information available in the public domain are either cost estimates for the F-35 based upon legacy aircraft experience, or marketing materials from those who seek to supplant the F-35. You cannot make such an assertion without noting it is your opinion. Whereas those who are involved in the JSF program of record have access to information you do not and HAVE selected the F-35. Yet you make contrary assertions.

"How maneuverable will F35 be, compared to its contemporaries (Su35, Typhoon, J10)?"
Maneuverable 'Enough'. Read up on modern E-M Theory and air combat in general. Have some sources: http://elementsofpower.blogspot.com/2013/04/a-backgrounder-on-energy-maneuverability.html

How affordable will the JSF be, compared to contemporary projects (eg F18EFG/UCAV/Rafale x3)?
Most "Affordable" of all. None of what you list are "contemporary" to the F-35. Two are 4th Generation Targets and the third is a technology demonstrator that when brought to fruition will have a limited repertoire compared to a manned low observable weapon system. Since the targets will be shot down with increasing frequency and the UCAS won't be able to do the whole job, that makes the F-35 the most affordable of all.

By watering down/dismissing known problems/reports and pumping up advertised strengthens (yes, i read your post-Boyd article) won't make the problems disappear. Like many pro-JSF fellows, you come quite close to defying physics, logic and arithmetic.

Perspective: JSF already costs more than FIVE times ATF/F22's $70 billion total program cost. Other questions listed in previous post are actually far too complicated to be addressed on comment thread like this. "Very. Ask the users." would not suffice.


I will tackle your last comment in reverse order:

RE: Other questions listed in previous post are actually far too complicated to be addressed on comment thread like this. "Very. Ask the users." would not suffice.

Oh, I've pretty much disabused others in great detail over the years (here and elsewhere) so I recognized the futility of reiterating same to someone who (it is obvious) was determined to be anti-JSF at any cost. The 'tell' is found in statements like:
"Perspective: JSF already costs more than FIVE times ATF/F22's $70 billion total program cost."

That is demonstrably a rather warped "perspective". To compare the two costs in any meaningful way you would have to normalize for different O&S cost durations (the F-35 numbers contain 55 years of operation, the F-22....doesn't) and for quantities of aircraft 196 F-22s vs. a likely 3000+ F-35s, THEN adjust for inflation due to different then-year dollars.

Finally
RE: By watering down/dismissing known problems/reports and pumping up advertised strengthens (yes, i read your post-Boyd article) won't make the problems disappear. Like many pro-JSF fellows, you come quite close to defying physics, logic and arithmetic."

B.S. (and so the pattern continues...)
You cannot support ANYTHING in that last accusation. (If you could prove me wrong you would delightfully do so) Quite the contrary, I use physics, logic, and mathematics because they are the best balm for the Anti-JSF crowd's sad complaints, because they hate hard facts, even when they can't grasp their meaning.

BTW: Here's a Canadian operator's POV. http://www.cjad.com/blog/RicPetersonShow/blogentry.aspx?BlogEntryID=10548179
See if you can avoid a Circumstantial Ad Hominem in 'deciding' not to believe him.