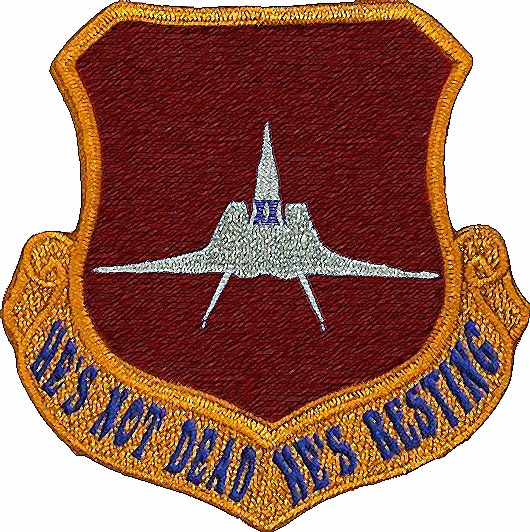 H/T F-16.net
In the competition to procure a new South Korean fighter to replace their rapidly obsolescing F-4s and F-5s, push came to shove, and military requirements trumped costs.

South Korea did the only thing they could do under their acquisition laws when the only competitor to make the price point didn't make the performance cutoff: they went back to the drawing board:

South Korea decided not to select Boeing's F-15SE as the country's next fighter jet Tuesday amid concern the sole-remaining candidate for the 8.3 trillion won (US$7.2 billion) project is not suitable as it lacks stealth features....

...Locked in competition with Lockheed Martin's F-35 and EADS' Eurofighter, Boeing was close to winning the deal with a cheaper offer than its rivals. But its fourth-generation aircraft finished in second place behind the F-35 stealth jet in comprehensive assessments, leaving questions over its combat capabilities...

... "A majority of the committee members agreed to reject (F-15 SE) and restart the project, taking into consideration the recent security situation including North Korea's third nuclear test and latest aerospace technology development,"...

... "They agreed that South Korean Air Force needs fifth-generation combat jets to keep pace with the latest trend and to deter provocations by North Korea." ...

...Their rejection on the verge of the final selection illustrates pressure felt by the military and the government to buy 60 jets from the F-15 family with improved features as experts and former Air Force chiefs have expressed concern over the jet's stealth capabilities. As the F-15 SE failed to get approval at the last minute, the DAPA will restart the procurement program, which is expected to further delay the replacement of South Korean Air Force's aging fleet of F-4s and F-5s. ...

... Boeing tried to highlight its conformal weapons bay as one of the key radar-evading features, but it failed to quell questions over its capability against F-35, which is originally designed as a stealth jet.

With Boeing, the 'Parrot' is never REALLY dead, "it's just pining for the fjords". Boeing's big problem with the Silent Eagle now is other possible shoppers will be asking themselves :What does South Korea know about the F-35 and F-15SE that we don't?

Admin Note: To cut down on possible flaming by 'F-15 Fanboys' and 'F-35 Haters', if you want to assert the F-15 deal was scuttled for reasons other than those the South Koreans have stated in the comments, fine --bring evidence to back it up at the same time.
If not...'Snip'. (you can go libel people someplace else).

The indignation is flowing in certain corners of the internet, with some conspiracy theories more outrageous than others. What those who criticize South Korea's decision forget, is that South Korea chose the path felt best for their national defense. In my personal opinion, I feel they made a wise choice.

As for how this effects the Silent Eagle's chances of a large purchase in the future, I agree with your stance. Interested parties will now be forced to look at Silent Eagle, and ask whats the catch.

Boeing might have had something with the F-15 MANX if they'd funded it on their own dime. The F-15SE is such an obvious "style over substance" attempt that nobody could really be blamed for not wanting to touch it.

That's great Saif, could you please tell me what you enjoyed the most? Otherwise it looks like you're just link-wh*ring. Actually, I'm going to add a line to my comments policy about commercial embedded links.

RE: During the 1970s the MiG-25 flew over Israel with impunity...only the F-15/Sparrow combo ended this.

I think you will find that the Russians flew the Recce Mig-25 over the Sinai and not Israel proper, and it was hardly with impunity after they did it the first time. If they had tried to fly it deeper into Israel, the Israeli's were ready with stripped down F-4s that could have caught it in a trap. They almost caught one when it was overflying the SInai, but it was too much of a tail chase to overcome. After that, the Israelis were ready to spring a trap when it took off, but the Egyptians took to escorting the -25 with a pair of Migs in front and behind until the -25 got its 'mojo' going. You are correct that an F-15 with the AIM-7Ms (or later AMRAAMs) would have stopped it cold. The MIg-25 was kicked out of Egypt the first time because the Soviets wouldn't train Egyptians or sell them any.

65K is the CLAIMED operational ceiling. But even if true, I doubt if the T-50 will fly there frequently as the Vne moves too close to the Vs. The T-50 at 65K would be flying like a U-2at altitude: balanced on a pin and no room for error. Pressure suits were purposely avoided in favor of the 'Combat Edge ensemble for the F-22 precisely because pilot fatigue and performance suffers too much if you get into a fight. The AF was willing to give up the extra altitude and let the missiles fly the last few of K feet up if neccessary.
RE: Can the F-35 with its 'F-16 like' performance deal with this threat?
I've addressed kinematics in my EM Backgrounder post (http://www.elementsofpower.blogspot.com/2013/04/a-backgrounder-on-energy-maneuverability.html) and I believe the F-35 at mid-mission weights and loadouts would fare well in a one v one fight, but in a many v. many fight the F-35 will dominate: due to better systems and pilot-vehicle interface giving the F-35 better situational awareness.
RE: -The main weapon of the JSF is the AIM-120 AMRAAM...a radar guided missile...
-Can it engage a VLO target with this weapon?
I believe the answer would be classified, but as there are no known Non-US all aspect VLO aircraft (I doubt Russia has one, and China MAY "field" one in future) the question really is: "Will the US have a missile for use against VLO aircraft when opponents field them?" I believe the answer is yes.
RE: We all know that both the F-15 and the F-22 can match the T-50 performance,but how will the F-35 deal with this?

By 'performance', if you mean maneuverability, I believe it already does by modern E-M standards. If you mean 'speed', then the 'ambush' and better CONOPs, training and weapons come into play.

I actually have an F-35 A2A 'what if' piece in the works, but it if I ever get around to finishing it, it will be after I finish this CAS myth edition set and a closing piece on how the F-35 might go about doing CAS better than any low and slow weapon system.