The Cuban Communist Despot Has Died

Finally.
I join my Cuban friends in their celebration with a little something I've been saving just for this occasion: A fine American (Texan!) vodka that kicks the rest of the world's vodkas a**es.  I've had this in the cabinet so long that a deposit 'ring' formed in the neck of the bottle and Tito's has since changed its label. 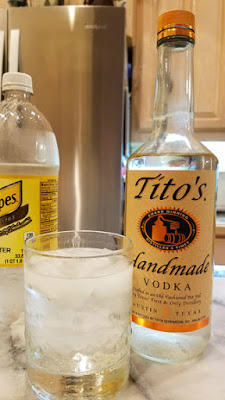 And so a final update is in order... 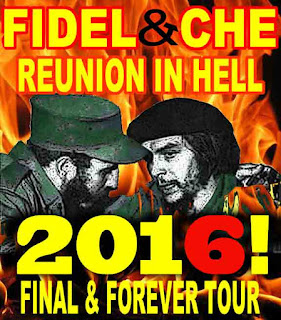 I've been waiting too long, but nothing compared to how long those who he oppressed have had to wait. This isn't the end unfortunately, only the beginning of the end. I expect the era of the 'Commandantes' will now go out with a whimper without Fidel's 'cult of personality'. THEN the suffering will end once Raul and the last of his cronies pass into the 'dustbin of history'.

Of course we should keep hurrying that day along 'some'.

Selected samples of older versions of the above below the fold. They weren't always featured in a post, but they were in the heading/masthead from almost day one. 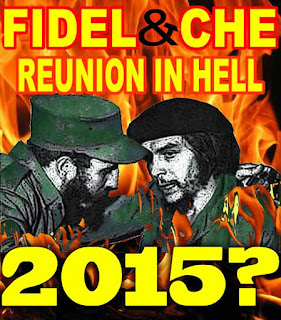 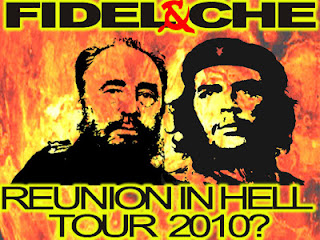 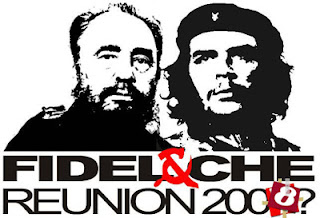 The problem with Despots is that it take a lot of effort to not fall into the hands of yet another one after the current one died. Or fall into chaos.

So true. Which is why the saying "Eternal vigilance is the price of Liberty" has been around so long in the U.S., even though nobody really knows who said it first. With Cuba only 100 or so miles off the Florida coast, and them having suffered under a totalitarian regime so long, I think is should be pretty easy to convince them when the time comes that they want to suffer as a free Republic for a while.

I grew up in the worst Eastern Europe communist dictatorship... I know how it was... And even compare with us, Cuba was even poorer .

I would never go back to that time. Regardless of what old folks remember as good time when they had "industry"...