Update: If you want to view another, more 'typical' POV that (surprise!) uses the first 4-5 paragraphs to inject the F-35 (negatively) into the story you could also go here.

Excellent analysis of India's decision (PDF) concerning its latest fighter acquisition program, AND the down-select to the Eurofighter and Rafale from an unlikely source. The elimination of the F-16IN and F-18E/F seems have boiled down to a few critical points:


1. India's requirements were dominated by ease of 'handling' (consequence of their Mig-23 experience?) with greatest maneuverability. Their Air Force is dominated by Fighter Meat Servos and they really wanted a 'yank and bank' plane.The F-16IN with the conformal tanks was at the bottom of the list in 'turning' and the F-18E/F is a 7.5 G airplane.

2. India's near-mechanical adherence to the selection criteria with little room for interpretation or recognizing and allowing for statistically 'bad data'.

4. India was seeking greater growth potential in their new platforms AND wanted the technology transfer to  come with that growth. Neither 'winner' of this round has an AESA radar, and India is betting on the 'come' that one will be available when production begins.

Lots more info/details on the competition and logic applied therein at the link. Read it all.

I'm torn between the last two 'Eurocanards', but in the case of India, I know they really want 'numbers' as well as technology, so the edge in my mind goes to the MUCH cheaper Rafale. There's some possibility that the Indian Air Force and Navy could also get some synergy going with the Rafale, since it is already carrier qualified... 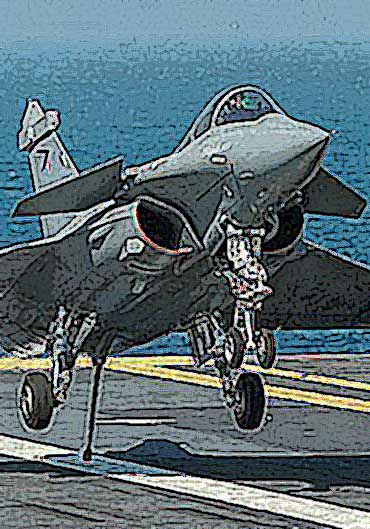