Everyone knew this was coming.

It was a conscious decision by the powers that be to break the linkage between the DDG-1000 and CVN-78 radar development and acquisition. You can read the whole report at the FAS (spit) site here, but the devil is in the footnotes on Page 9: 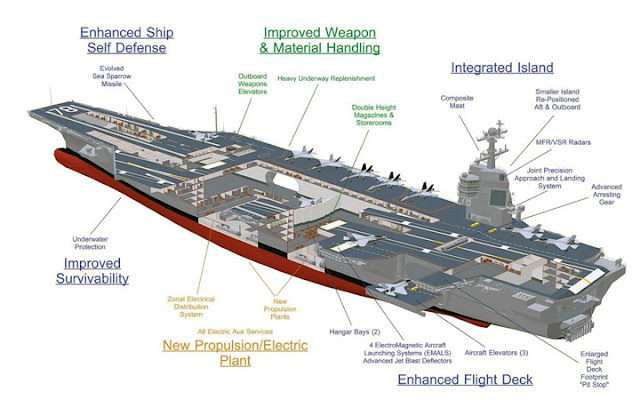 If you are a tech history devotee as I am, look at the earlier versions of the CVN-78 report. they've been noting there would be additional costs from splitting the DDG-1000 and CVN-78 efforts for some time. This is the first time we're seeing numbers attached to the change. What we don't know is 1. What will the final 'tab' for the split effort be? and 2. What costs have increased that are now 'unique' but could have been 'shared' if the commonality had survived (for either/both class of ships)?

Note that I do not question whether or not the change was 'wise'. Some change is necessary and has benefits worth the costs to the users.  I only note these are the kind of cost increases that 'changing minds' generate, and we have no idea how many of the other costs are due to 'changes' in direction.
Posted by SMSgt Mac at 10:48