Again!
I had to enable comment moderation a while back to ensure I could catch and manually remove spam before it hit the public view. Blogger has finally enabled a spam filter and it appears to be working quite well. So until the spammers get the upper hand again, moderation is OFF.

As a reminder, I do not filter out opposing points of view just because they are 'opposition' (I prefer an honest 'back and forth' , but commenters must be registered with Blogger or have OpenID. This seems like a nice balance of openness and accountability.
Posted by SMSgt Mac at 10:39 No comments:

An open letter to Ms Megan McArdle
Gee whiz, Megan. You provide a fair illustration of Herzberg's Two-Factor (Hygiene and Motivation) Theory, but an abysmal one for tying it to any ‘substitute effect’ economic argument. Using the same example, please expand on the product-output side of the story (productivity gains that allow the higher pay in the first place) and how that ripples out into the macro view of economics and the world. What you describe as the ‘substitution effect’ I think can be more accurately described as recognition of ‘opportunity costs’. The distinction is important, because not only does one decide their leisure is more valuable, but tax considerations progressively reduce the net value of the labor that is performed.

Perhaps the biggest point passed by is the recognition that a ‘rising tide lifts all boats’. If I am making more money because of the demand for my employer’s product, unless all profits (company and personal) are parked in a non-interest bearing location, those monies are added to the amount of money circulating and available for other products, the production and sale of which all generate revenue for many 'someones'.

To summarize, your attempt to find fault with supply side economics in this case is a clear "swing and a miss".

P.S. I would have commented at the source, but I don't need to sign up for any more 'services' or 'feeds'. I would have e-mailed you, but it wasn't readily apparent what your address was at the link.
Posted by SMSgt Mac at 19:07 No comments:

Email ThisBlogThis!Share to TwitterShare to FacebookShare to Pinterest
Labels: Economics

Howard Zinn FBI Shocka! .. He WAS a Commie!

No doubt there will be those that will attempt to claim that because there is no video of him admitting it, or a smoking gun consisting of something like his signed party membership form (yet), that the released documents means he wasn't a member of the Communist Party (of any country). But by any reasonable interpretation of the "walks like a duck" test, Zinn was an unapologetic, Marxist, anti-American POS -- the released FBI documents merely drive the truth home. 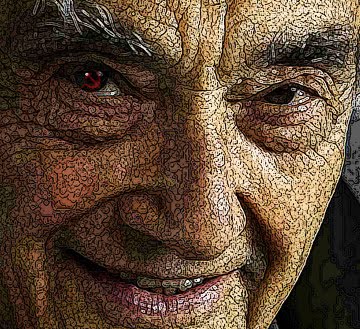 Yes, Howard Zinn is dead. Unfortunately, he's just not dead enough,....yet. With a fatuous Zinn.org website updated regularly (including proud links to the FBI documents), and seemingly no shortage of Omega-columnists providing carefully selective references to the released files, (including avoiding any mention of the record showing he was filmed teaching Marxism to ACP members, nor of his associating with just about every ACP front group that came along) his legacy will no doubt 'struggle' on for some time, carried by the latest crop of equally despicable fellow travellers.
Update: Some observations on Zinn and his fan base from Ron Radosh.
Posted by SMSgt Mac at 18:22 No comments: