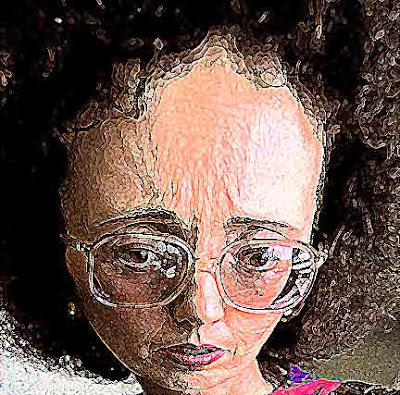 Yet if one weighs the life of a single young woman against the accomplishments of the man President Obama has called the greatest Democratic senator in history, what is one to think?

But, of course, in the current day this vacuous, dishonest, crone wants us to take the question seriously.

Yet if one weighs the criminally irresponsible taking of a young woman's life against the 'accomplishments' of the man President Obama has called the greatest Democratic senator in history, what is one to think?

As the question is originally phrased (and in the finest modern liberal tradition) the question is only reality-based. One doesn't weigh the life of a young woman against the so-called deeds of a man. One weighs the misdeeds against the deeds of the man. And in the American (borne from Judeo-Christian traditions at a minimum) society, Ms. Oates, there is very little worse in the 'misdeed' category than what Ted Kennedy did to Ms. Kopechne.
BTW: In Oates' version of the question, there is also the implied creepiness, a sorites paradox of evil as it were, that if Kennedy had killed more than just one young woman...well then, THAT would have been different. As if we needed any more insight into the twisted mind of Joyce Carol Oates.
Update 08/30/09.
Mark Steyn wraps up the issue perfectly:

...and that is only the conclusion. Read it all here.
Posted by SMSgt Mac at 00:27 No comments:

Against All Enemies, Foreign and Domestic

'Member of the Military' has apparently stopped a long-running crime spree.

Police had been watching Vincent Goff for years, convinced he was the masked man who sexually assaulted couples at gunpoint on the Mississippi coast. But before investigators closed in, they say Goff picked the wrong victim and was beaten nearly to death with his own rifle......
....Goff allegedly approached a man and woman last Thursday afternoon on an isolated logging road in Harrison County and forced them into the woods with a rifle, Sheriff's Maj. Ron Pullen said Wednesday. They were forced to strip off their clothes and told to perform sexual acts when the male victim,
described as a physically fit member of the military in his mid-30s, wrestled the gun away."He beat him until the stock broke over his head and then continued to beat him until he thought he had him incapacitated," Pullen said.

File them under "Profiles in Cowardice".

No cartoons of Muhammad in book about Muhammed cartoons?

[Mr. Donatich]...quoted one of the experts consulted by Yale — Ibrahim Gambari, special adviser to the secretary general of the United Nations and the former foreign minister of Nigeria — as concluding: “You can count on violence if any illustration of the prophet is published. It will cause riots, I predict, from Indonesia to Nigeria.”

As long as there's no riots in civilized countries, no problem.

Update 8/28: Roger Kimball provides a great account of the whole sordid story as it has unfolded.
Posted by SMSgt Mac at 21:37 No comments:

I am now more optimistic about Long Range Strike than I have been for a long, long time.
Posted by SMSgt Mac at 02:46 No comments:

What to Do About Iran?

"Many policy makers and journalists dismiss the military option on the basis of a false sense of futility. They assume that the U.S. military is already overstretched, that we lack adequate intelligence about the location of covert nuclear sites, and that known sites are too heavily fortified.

Such assumptions are false."

General Chuck Wald knows that of whence he speaks. Read it all.
Posted by SMSgt Mac at 21:11 No comments:

I am SO glad my marital status, age and sense of decorum has me well beyond the dating game.
Posted by SMSgt Mac at 19:46 No comments: