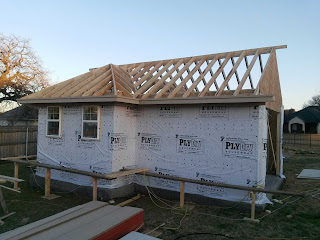 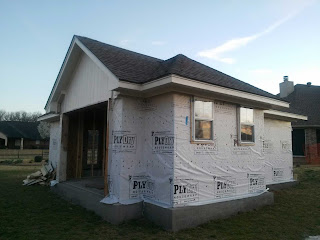 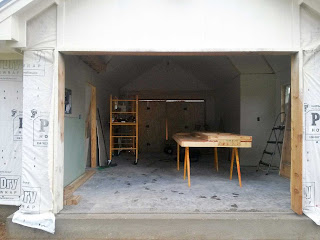 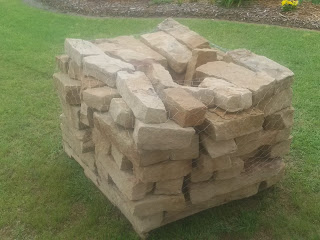 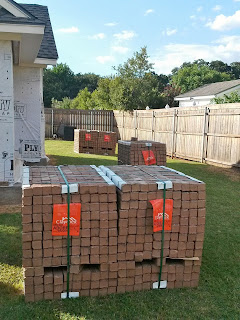 This is just too funny and too easy to debunk for me to pass up. I just gotta point out the stupid involved. Kyle Mizokami tripped over a thread in Reddit and built a nice 'on the one hand, but on the other hand' F-35 "narrative" for Popular Mechanics that is so lame it answers the question as to why most media writers aren't paid as much as they think they're worth. It is a shame too, because with really very little research, and demonstration of a minimal understanding of economics--specifically the 'time value' of money and proper use of deflators -- he could have contributed significantly to killing the false narrative that the F-35 program is 'plagued by (fill in the blank)'. Instead, he tries, and fails to make the F-35 look bad, using numbers that when applied correctly only make the point that the F-35 program, and the problems that have been encountered are in no way unique.


A New York Times newspaper article describes a beleaguered American fighter program enduring delays, escalating costs, and technical problems. Another article about the F-35 Joint Strike Fighter no doubt, right? Nope. It's an article from 1977 about the F-16 Fighting Falcon.

The F-16 was the original multinational fighter. Developed by the United States with Belgium, Denmark, the Netherlands, and Norway as partners, the fighter was designed to be an agile, lightweight, daytime fighter to replace aging fighters such as the F-5 Freedom Fighter and the F-104 Starfighter. At $6,091,000 per unit—$27.1 million when adjusted for inflation—it was also supposed to be inexpensive.

Many of the F-16's past problems are mirror images of the issues we see in the F-35. According to the article, the Air Force expected the F-16's research and development costs rose by some $7 billion to reach $13.8 billion by 1986. Adjusted for inflation, that's $54.7 billion in today's dollars. F-35 R&D costs, on the other hand, are estimated at $107 billion dollars to date.

Like the F-35, the F-16's problems arose from technological issues and design challenges. The fly-by-wire mechanism of the F-16, in which an aerodynamically unstable but highly maneuverable aircraft was tamed by computers to keep it flying, was an expensive problem that was eventually solved. Like the F-35, the F-16 had problems with its engine and also had to be modified to placate U.S. allies who wanted a fighter capable of air-to-ground missions, a real multi-role fighter.

Still, as similar as the problems between these two planes are, the F-35's problems are much more intense. The F-35 was originally slated to cost $50 million apiece—nearly twice the original cost of the F-16 at today's prices—but the three versions of the plane currently run anywhere from $112 to $120 million each. The F-16 encountered months of delays, but the F-35 A/B/C models will, on average, be delayed half a decade.

Yes, America and her allies have been down this road before, but this time it is a lot rockier.

First, the 'costs' narrative whereby Mizokami attempts to make it look like the F-35 is MUCH worse than it's predecessor....when it is not that different at all.

I don’t know where he got the $27.1M inflation unit cost value (though given the depth of research he shows I suspect he just found a number) but it strongly correlates with Contemporary Opportunity Costs between 1976-77 and 2015. In terms of a project’s Economy Cost (relative share of the GDP used: the correct figure for 'projects') that 1977 F-16 unit cost would equal $58.2 million in 2015 dollars. [Note: Calculators I used for the interested are here.]

This is an odd disconnect from Mizokami's unit cost claim and the R&D figure he used for the F-16 DOES equal about $54B in 2015 Economy Cost, so who knows why the author came up with a lower number for the unit cost of the 1977 F-16 in “today’s dollars”. It was widely touted early in the F-35 program that we could develop three aircraft for the cost of 1.5 to 2 aircraft. Craptastic! RAND policy pieces non-withstanding, let's note that the estimated F-35 R&D costs that Mizokami uses (and we will watch these estimates as they become 'real') are running about 2 times that of the 1977-era's F-16 R&D costs when adjusted for inflation. That seems pretty reasonable, considering the F-16 is the cheapest of the 'Big three' aircraft designs (F-16, F-18C/D, AV-8B) whose capabilities drove the requirements for the F-35 design.

Even the F-16 as we know it today involves much more content and cost as Mizokami indirectly acknowledges than that of the 1977 F-16, so how about we consider all the additional ‘content’ the F-16 now has that it didn’t have in 1976-77? What was the later ‘development cost added’ that came with the later ‘value added’? We can't compare apples and apples directly, but we can get an idea about unit costs at least . In 2012, it was said that the F-16V would be less than half the “then” cost (Richard Aboulafia) of the F-35. Anyone remember the 2012 F-35 unit cost? It was $125-150M a copy depending upon who’s chart you’re looking at in whatever FY$’s being discussed. (see charts lifted from F-16.net's voluminous archives to the left) That would make the F-16V somewhere in the $60M-70M range in 2012 dollars. Guess what that is in 2015 dollars? Go ahead do the calculations). That's right. the F-16V would probably cost $70M-$80M (Economy Cost) in 2015 dollars. Note that also does not include the same 'content' that comes on an F-35.

People who rail about F-35 costs fall into one or more of three camps:

1. The willfully ignorant or gullible who’ll fall for anything.
2. The liars who have their own agendas
3. The internet's village idiots.

Enough about dollars. How about some history instead of Mizokami's stories?


RE: "Like the F-35, the F-16 had problems with its engine and also had to be modified to placate U.S. allies who wanted a fighter capable of air-to-ground missions, a real multi-role fighter."

1. The AF ALWAYS wanted the bells and whistles that were finally delivered with the first Block 30 F-16s. It wasn't the 'allies'. Don't believe me? Just look at what then recently retired Gen John Vogt who had commanded USAFE was saying about what was needed while the F-16 was in early development via a Euro 'Hit piece' from the period:
This rather poor documentary looks even sillier now than it did at the time, given the successes of the F-16 (airplane and program) that came soon thereafter. But it's value in illustrating how the stripped down version of the F-16, the day-time knife-fighter that the faux reformers wanted, was a politically driven, and not operational requirements-driven configuration endures. Of course, we could also simply review the history of the development to see the USAF always wanted more on board the F-16. This was made possible only by advancements in small electronics technology that then had to be developed for military aerospace. And TANSTAAFL.

RE: "The F-16 encountered months of delays, but the F-35 A/B/C models will, on average, be delayed half a decade."

'Delays' are a measure of the difference between 'time planned' and 'time scheduled' to reach some meaningful achievement. If you want to compare the F-16 development with the F-35's, then the baseline F-35 Block 3 will be achieved two years faster (with about 1600 fewer aircraft produced) than the F-16's Baseline Block 30. The biggest difference between the F-16 and F-35 programs is the differences in size of the initial 'brass ring' being sought.

Finally, a minor nit to pick about the F-16 so-called 'engine problems'. If Misokami cared to do some research, he'd find that the problems never really affected the F-16 like the F-15, partially because of the installation, and partially because the F-15 was the lead user o the PW F100.

Misokami's story could have been a good one. In any case, if Mizokami read a little more widely, he would have known about this part of F-16 development 'history' over NINE Years ago.

Yes, that's right. All has proceeded as I have foreseen.
Posted by SMSgt Mac at 19:16 No comments: