On the Death of Evil Ones: Enemies Within and Without

Being military-minded and somewhat experienced in these sort of things, I find no "joy" in Osama Bin Laden's death. I do find satisfaction and relief in the way his death was brought about, and wish my brothers-in-arms in the long continuum of those who have served, are serving, and will serve, continued safety and success in this long war against those who would bring upon us another Dark Age.
On the other hand, when this guy finally croaks (hopefully through natural causes) I'm throwing a freakin' party.

Read his opinion piece at the link. We could play either 'Logical Fallacy' or 'Delusional Leftist Meme' Bingo with his drivel. 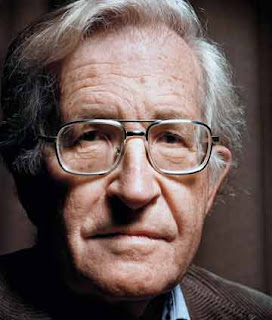 Noam Chomsky. Intellect not only held captive by Ideology, but Intellect perverted by Ideology. The ultimate Useful Idiot.
If you're too busy or lazy to follow the link at the top and read Totten's Yon's comment, it was a short one:


JUST ONCE I’d like to read an article by Noam Chomsky that isn’t faux brilliant in its moral and political idiocy, one that suggests he does, in fact, live in the same world as the rest of us, but he can’t even manage it after Osama bin Laden is killed

19 Jun 12: Correction on source who was guest-blogging at Instapundit at the time. Thanks to the commenter who just pointed this out, .
Posted by SMSgt Mac at 15:44

Remarkable, but not surprising for a man who believes we provoked Japan. Chomsky continues to uphold the most despicable and vicious values of the left. He provides an immoral compass without which they're adrift.

Michael Yon didn't write that. If you're too busy or lazy to read the link quoted:
"Posted by Michael Totten at 12:27 pm"