AF Side of the KC-45 Story Disappears

At Leeham News And Comment, someone was asking me about a reference showing the AF's position on the lamented late "KC-X Competition of '08". I went looking for such documentation that I had referenced earlier in several places and found that all refernces to it appear to have disappeared on the web. Thus the dead are buried. But unlike John Kerry, I have proof it did exist. 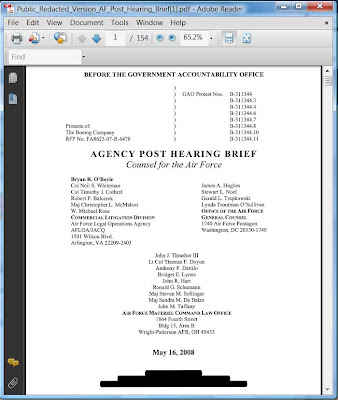 Who knows? Someday it may come in handy.

Update: Ahhhh, cripes. I've let this now dead argument stay waaaay too far under my skin and it is getting to the point that I get 'mean' on it too quickly. I'm swearing off tilting at windmills in the past, at least over at Leeham.
Posted by SMSgt Mac at 19:09