﻿
Election 'After Battle' Report:
It 'Aint Over'-The job just got a whole lot tougher.
With the exception of the usual brain dead zones (including Moscow on the Brazos), and the usual NAACP illegalities in Houston, Texas pretty much did what it could against the Rise of the "Loser Nationtm" . Too bad about much of the rest of the country. Expect more polarization at the state level as the sentient beings who can cut their strings with the 'Blue' states move to where Makers outnumber the Takers. Welcome! -- just leave any silly ideas at the state line. Concealed Carry permit applications are first door on the right.
﻿ 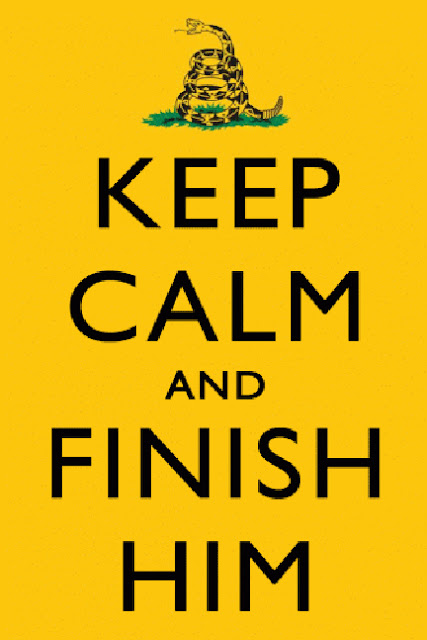 Image Courtesey of the Chicago Boyz
Posted by SMSgt Mac at 07:33

Oddly enough, right after I posted I went to work. When I got home I worked on my AR-15. Cleaned it up, put a new Magpul collapsible stock on the back (More weight but better balance)and then ran the dog with it. She loves chasing the laser.
So I would be to some a 'gun nut' ;-)

Hy SMSgt Mac...dont worry,the world is full whith gun nuts(not just the USA);-).Here in Portugal a civilian cant own anything bigger than 6,35mm(25ACP)pistol wise.If you are a hunter you can have a 12 gauge shotgun limited to a maximum of 3 rounds...but crime is getting bigger and more violent...people dont get shot,but they get stab!Owning weapons(legally of course)has nothing to do whith crime rates.Next someone will outcast sports like boxing or mma,because if you pratice them you will beat up people...were willthis end up...
P.S-I have been meaning to ask you(i know that your thing is aerospace eng.),but whats your take on the Individual Carbine competition?
Do you think thar the US Army should keep the M-4A1 or should move to something else?
Sorry in advance for taking your time,i know that you are very busy.

Hi Nuno,
I assume the Individual Carbine Comp is the latest effort to field a replacement for the M-16/M-4?

First, until I tried on a friend's custom AR about three years ago, I hated the M-16/M-4 configuration. My only experience with the general type were with full-stock M-16s, and worn out ones at that on the qualifying range. I was never a 'fan' of the M-16 because it just didn't 'fit' me very well. (maybe if I had never fired a rifle before the M-16, I wouldn't have known better, but I doubt it. The adjustable stock experience changed all that.
My thoughts on replacing the M-4 are the same as they were nearly 5 years ago : "ALL weapons design and acquisition boils down to some cost-benefit equation that expresses in statistical terms 1) what contributes the most damage to the enemy 2) in the most (number and types) of situations, while 3) getting the most of our people home safe as possible, 4) within a finite dollar amount." (http://elementsofpower.blogspot.com/2008/01/extreme-dust-test-m4-and-others.html)

IMHO, there would have to be more than an 'incremental' improvement over the M-16/M-4 to warrant fielding a new 'general purpose' carbine to replace it. It needs to be a 'game changer' to be worth it. This is not to say I can't see other long guns for certain applications, because I do. But in most of those cases, I think something related to the M-4 in a different caliber would be just dandy.