Dave Majumdar at Flight Global has commentary (but no link such as this)  concerning an aircraft design patent application by Northrop Grumman. He speculates a bit as to its relevance to a possible Long Range Strike design that NG may, or may not, have in the works.


This design concept is not 'New'.

Popular Science used an artist's concept of the design as a visual aid to discuss (poorly) potential advancements and their relevance: 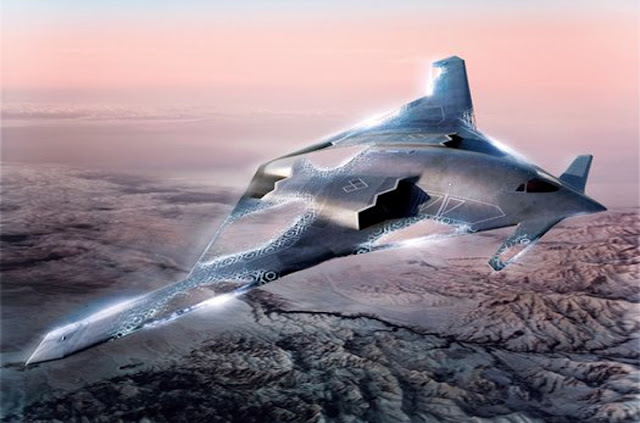 But before that, (March 2009) John Croft at Flight Global noted the filing of the patent: 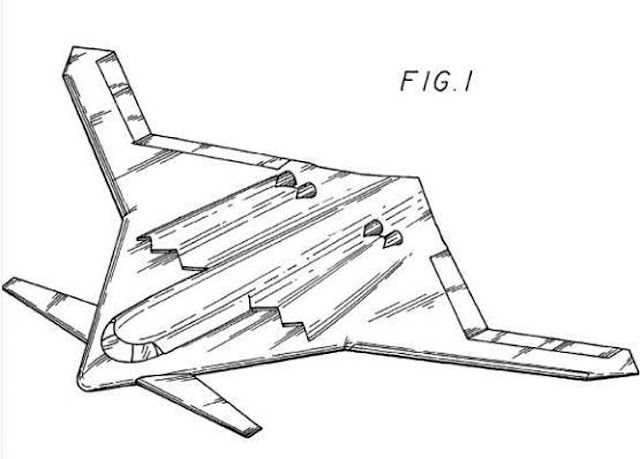 And in December 2007, Graham Warwick ALSO had a Flight Global post up commenting on an non-LRS application for apparently the same design: the "Speed Agile" project.: 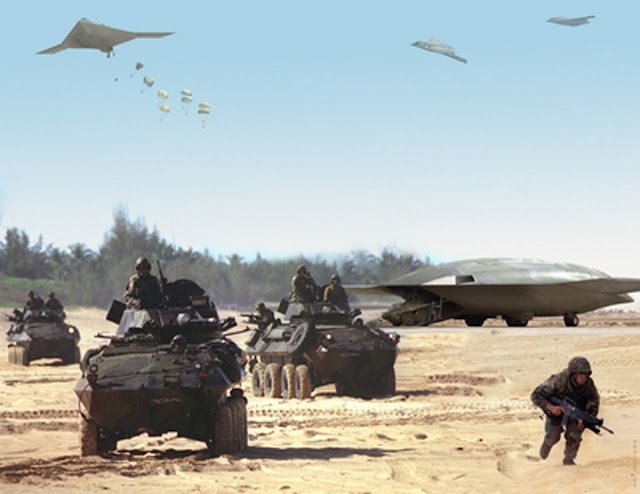 (The canards make sense for a STOL airlifter more than anything else.)

As to Dave's "Interestingly, one of the big innovations was that it was designed for modular construction--which could make it less ungodly expensive" line, I note that the design 'modularity' looks almost JUST like the B-2's design approach. Note that MOST of the B-2 was assembled from modules built outside then-Northrop: 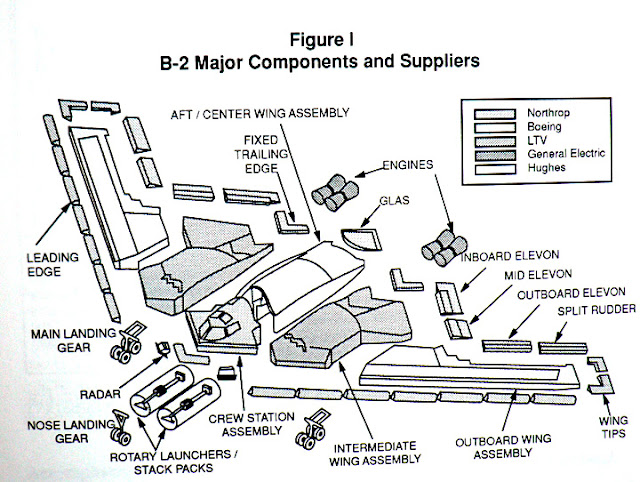 In case it needs to be said, again, the reason the B-2 became 'ungodly expensive' is ONLY because of two reasons:
1. The late change in requirements that tasked Northrop to build a bomber that could also fly low-level instead of the initial requirement for only high-altitude operation. This late requirement forced a redesign and stretched the development schedule.
2. The 'buy' getting cut from 132 bombers to 20 bombers. this was by far the biggest cost contributor to the whole program.

Do you belive that it will look that this?Or will it be a more conventional design like the B-2?

Hi Nuno,
I won't speculate as to what NG may be doing (if anything) in the next-gen long range strike area. It's a program I know the DoD/AF wants kept under wraps. Personally, I wish it were Black World (unacknowledged) but I imagine that's tougher to do these days without a USSR-equivalent hanging around. (China is, for the time being, a 'Wannabe').
I do think that if the high-low operating environment had been a requirement from the start, the B-2 MIGHT have been a cranked-kite design. The advantages in load distribution may have outweighed the possibility of a higher number of signature 'spikes'.
For an 'OK' history I found while trying to uncover a photo of the original B-2 design, see Rebecca Grant's latest AF Magazine article "Black Bomber Blues". She repeats over-estimates as to the direct cost of security that the program level contractor PMs like to throw around, and doesn't really highlight how ALL the redesign stuff (GLAS, double-sawtooth trailing edge, etc) are by-products of the late redesign, but it's pretty good. Online PDF here: http://www.airforce-magazine.com/MagazineArchive/Documents/2012/January%202012/0112bomber.pdf

Full disclosure. I've met Dr. Grant, but I doubt she would remember me or our conversation concerning the AF's attutude towards 'range',[ i.e. it is (or was) seen, wrongly as 'fungible'].