In fact, the F-35 will very often be quieter taking off than the F-16s it is replacing because afterburners will not be required for the F-35 under more weight, operational, and environmental (density altitudes) conditions than the F-16.

Studies of F-35 noise relative to legacy fighters will be released Friday, and will show that “on the ground, at full military power,” which is full power without afterburner, the F-35 is “actually quieter, by a little bit” than legacy aircraft such as the F-15, F/A-18, and F-16, F-35 Program Executive Officer Lt. Gen. Christopher Bogdan said Thursday...

...This “real noise data” should dispel rumors that the F-35 will be much louder than its predecessors. Part of the reason is that the F-35 is “very sleek in its outer mold line, without a lot of drag,” Bogdan said. Using afterburner, however, the F-35 is considerably noisier than its predecessors, as it generates 43,000 pounds of thrust. Its noise will be on a par with the old F-4 Phantom, Bogdan reported. Although its character is different, the F-4 noise is deeper than that of the F-35, he said.

The F-4 started flying out of the Burlington VT  airfield in 1982 (preceded by Canberras, Delta Daggers, Scorpions, and Starfires) and were replaced by the F-16s in 1986. That makes the F-35 the quietest jet since 1981 to operate out of Burlington. To help the 'Stop the F-35 in Vermont' crowd (website and Facebook no less!) disseminate this awesome good news faster, I've created the following graphics to drive the good news 'home':

Overall, the residents of Winooski can expect to be more annoyed (noise times the number of airfield operations) by the airliners currently operating out of the Burlington VT airport. Just like 'now'.

When the next "bioregional decentralist", "writer/satirist" and/or "delicate flower of Yankee womanhood with a profound lack of respect for authority" starts 'going off' about the Green Mountain Boys'  new F-35s, just tell 'em:


Update 2 November: The 'noise report' summary is now  out: 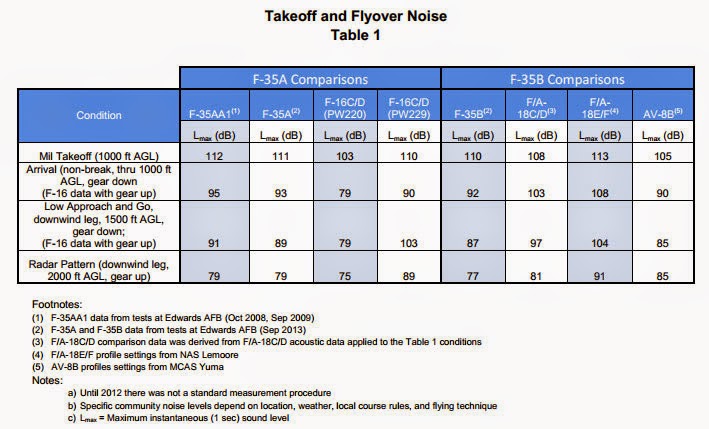 Looks like I'll need to do another chart for 'Approach and Go' (airfield pattern work). In the interim. an 'artist's concept' of what a 'Stop the F-35; reaction might look like: 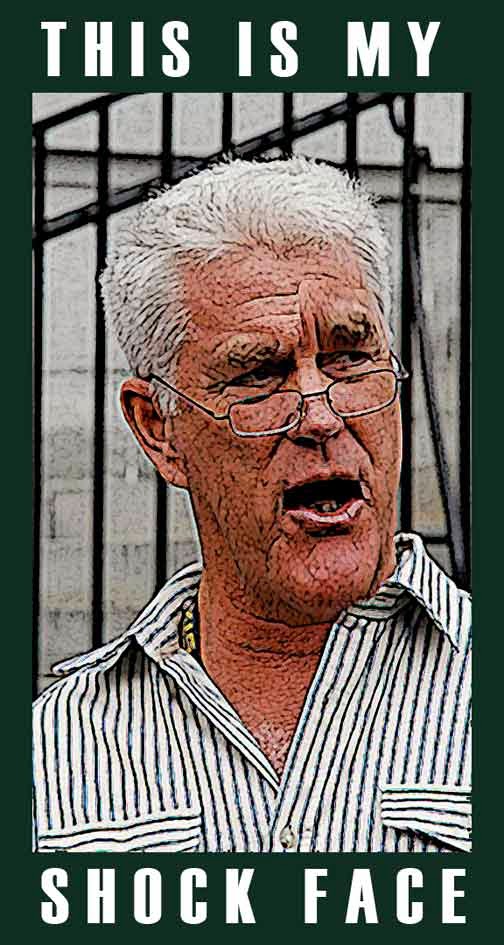 I suppose 'some' might think I'm being a little hard on what they see as good  'civic minded citizens'. If so, that 'some' obviously never really looked at the drivel the Stop the F-35 Vermont website and Facebook page proffer. Socialists, Luddites, Aging Hippies, NIMBYers, and Opportunists --all on a bus to 'Nowheresville' man! AKA 'Rabble meets Rousers'.
Posted by SMSgt Mac at 12:25