F-89 : A Much Underappreciated Weapon System

I 've been fascinated with the F-89 Scorpion for years. Partly because of its history with the 57FIS, my old F-4E outfit in Iceland, and my late Father-In-Law having flown the F-89 in the same unit 20+ years earlier. Part of my fascination is because it was an all-weather fighter/interceptor and was so different than any of its day-fighter contemporaries such as the F-86 and F-94, which are far better known (especially the beautiful F-86).  But the F-86s and F-94s did not actively serve on the front lines for the United States nearly as long as the F-89 did, which really only was pulled from Air Defense duties after the F-101s, F-102s, and even the F-106s were active in numbers. Finally, the last interesting thing about the F-89 was how advanced and complex it was compared to its contemporaries, yet it has been labled as not being very 'innovative'.

I will expand on the topic later, but for now, what I want the reader, especially one who has never seen an F-89 in person, to take away from this post is just how BIG the F-89 actually is. Here is a scale graphic comparing the F-89 to the perhaps better-known jets developed closest to the same timeframe: 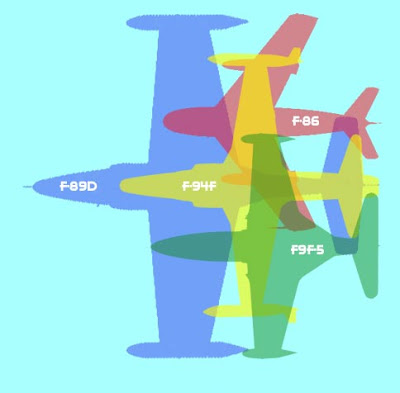 Another comparison can be shown illustrating the relative sizes of the F-89 and the F-102 and F-4 - the planes that replaced the Scorpions between 1960 and 1982 in the 57FIS. 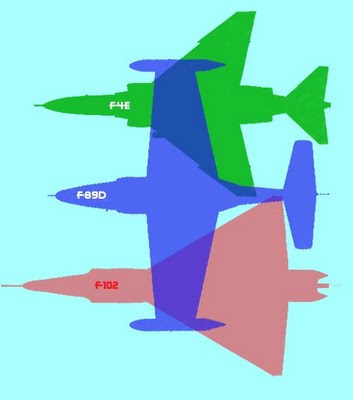 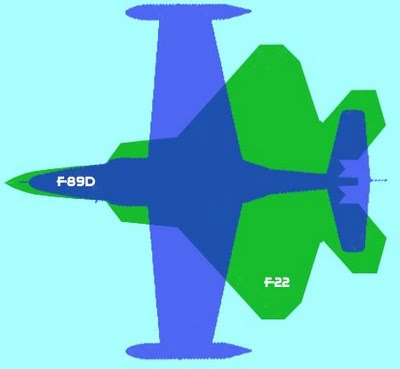 The F-89 was truly unique, and had an amazing, if largely unknown operational service history.
Posted by SMSgt Mac at 20:51