This is the first of a couple of more light-hearted, but no-less relevant, posts I’m putting up before we close out the “F-35 High AoA” series. I just didn’t think these should wait.

Craig Hoyle at DEWLine Blog has a pic/’brief post’ up about the “UK Joint Strike Fighter Test and Evaluation Squadron” hosting a Battle of Britain commemorative event at Edwards AFB.


An academic question, as there's no two-seater version of the F-35, but which aircraft would you rather fly in (not into combat, clearly)? As a Brit, it would have to be the R J Mitchell experience for me.

Hmmm. I wonder if he is aware that the ONLY two-seat Spitfires EVER built were conversions of existing airframes and not ‘production’ per se. (Do not doubt me on Spitfires).

As of this time, Hoyle’s posted only one pic:

﻿
Here are the other three shots of the past and future meeting: 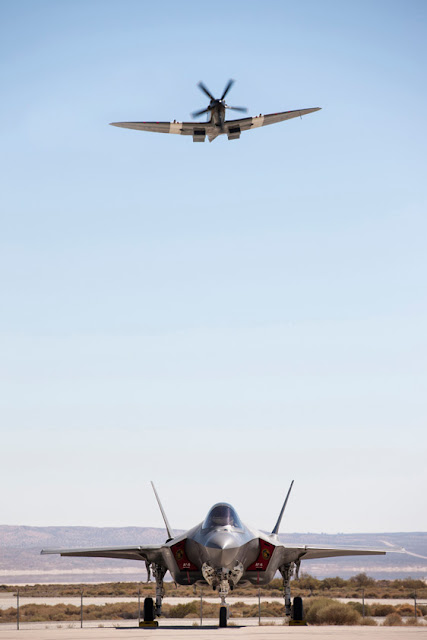 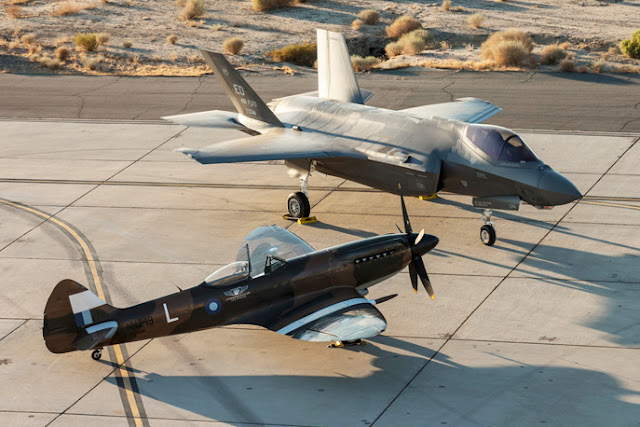 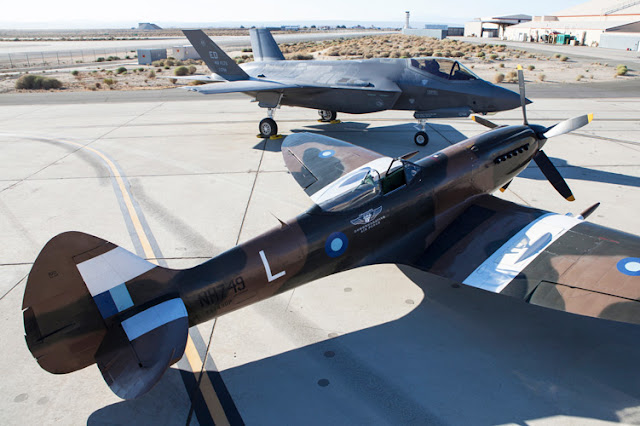 The very large originals can be downloaded at the original article here.
Posted by SMSgt Mac at 20:08