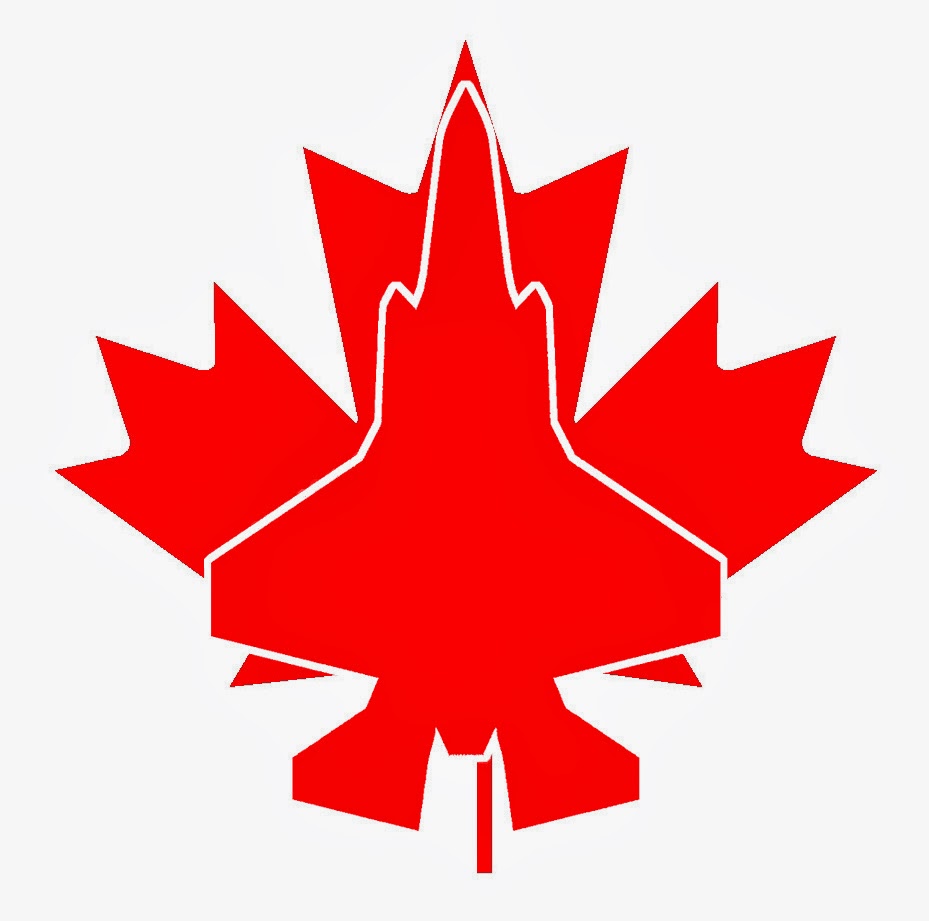 I checked my inbox at work today and had a link to the latest Air & Space Power Journal pop up. Some good stuff in there as usual but there was one piece 'that was not like the others'. In "The Joint Strike Fighter/F-35 Program: A Canadian Technology Policy Perspective" by authors Dr. Danny Lam and Dr. Brian Paul Cozzarin, I found a rambling, disjointed case against (I'm pretty sure) the F-35 for Canada.

Now I don't give a dang whether or not Canada buys F-35s as long as they don't buy something less capable or survivable. Then I'll only care for the people who will fly them. I read through it pretty quickly (it is not exactly 'deep') and I have to say it smells more like a political hit piece than a serious assessment of the F-25s pros and cons.

I WAS going to dismantle the author's major and minor arguments in the comments section, but found they only allow 600 characters. So I posted a short version of what I wanted to say, which I repeat here in case it never shows up or goes MIA later:


In 600 characters?
1. Paper is Unguided Analytical Bomb. (Apologies to Kurt Gutha)
2. Major Premise: Source code needed for best value for Canada and not available because US controls. Sources referenced do not support argument.
3. Minor Premise: F-35 effectiveness 'deficient'.
Sources? They rely on Harpoon 3 video game. Results= Deterministic GIGO. Also rejected by AUS Military.
I'll post a long version at my place,
I see I have a few characters left.
Nits?
- Note to authors: without hardware, software just lays there.
- UAV talk seems to be 'red herring'
-feel of 'special pleading'


What I wanted to write

Now, the long version with complete, run-on sentences would read something like this:

To redirect the thread back to commentary relevant to the material presented, the authors attempt to make a case that F-35 procurement is not 'worth it' for Canada unless Canada gets the F-35 source code, and they appear to presume that Canada will not. After only a quick read-through I have concluded that when we strip away the manifold and in cases somewhat odd extraneous discussion, such as the supposed (asserted, not shown) influence of unmanned systems advances on the F-35’s complexity, we find at the heart of their ‘position’ are two arguments. By how these arguments are treated in the paper I would assert one is ‘major’ and the other is ‘minor’.

The authors major argument is that due to the nature of the US-only ‘controls’ on the F-35’s software, Canada will not benefit from a large portion of future F-35 work, including sustainment. Setting aside the “plausible guess” (p.61) at the percentage of F-35 work that would fall under the ‘source code’ definition is STILL just a guess, the authors then proceeded to build and knock down a straw man argument based upon that “guess”.

First it was asserted that nations other than the US will not be able to develop their own unique capabilities because of the US monopoly on the ‘source code’. Then it was noted that after some ‘difficulty’ the U.K. had received assurances that the U.K. would maintain “operational sovereignty over the aircraft” they were buying, but the authors follow that up with it was “believed that the United States in fact did not transfer the source code but gave the United Kingdom priority and assurance that its needs would be met by timely American-engineered upgrades”.

I submit if the reader bothers to go to the source material referenced they will find the first quote (Note 47) is sourced from an official government statement that more fully states:


“Both governments agree that the UK will have the ability to successfully operate, upgrade, employ and maintain the Joint Strike Fighter such that the UK retains operational sovereignty over the aircraft.”


Which when combined with what is actually at the link of the second source (Note 48), a quote (of a quote) of a Lockheed Martin executive stating:


“Nobody’s happy with it completely, but everybody’s satisfied and understands,” Wolf quoted Schreiber.


None of the above implies that anyone “believed that the United States in fact did not transfer the source code but gave the United Kingdom priority and assurance that its needs would be met by timely American-engineered upgrades” as stated by the authors.

This hints at some rather creative interpretation of the information provided by the two sources. I would assert the authors would have done better asking themselves: HOW was it that the U.K. would be able to “successfully operate, upgrade, employ and maintain the Joint Strike Fighter” and retain “operational sovereignty over the aircraft” WITHOUT having unrestricted access to the source code? Perhaps the answer to that question lies in the details of the F-35 software architecture itself: a topic oddly absent in the authors’ discussion.

Without the ‘we need the source code’ claim the rest of the ‘missing out on the software value’ argument disappears.


This leaves us with the minor argument: the F-35 isn't 'effective'.

The authors attempt to diminish the F-35’s capabilities relying on….wait for it…..

From Page 63 until Page 67 just before the ‘Conclusion’ the authors rely almost exclusively on APA/RepSim for their appraisal of the F-35’s effectiveness. The authors even go so far as to intimate in the notes (Note 66) that though RAND denies there ever was a RAND ‘study’, and that the circulating PowerPoint presentation is not a sanctioned RAND product reporting on F-35 performance. “This did not stop the Australians from extending the study to show the F-35’s vulnerability”. I note here the authors do not mention that the Australian military and Government dismissed the so-called 'independent’ and uninformed ‘studies’:


Air Vice Marshal Osley said the APA analysis was flawed through incorrect assumptions and a lack of knowledge of the classified F-35 air combat performance information.

The Canadian debate on F-35 has been influenced by at least 3 different perspectives:
1) There are a lot of people in Canada who don't see any reason to spend money on a fighter aircraft. The country's political orientation has swung right over the past couple of decades, but there are still a lot of people who think the Canadian Armed Forces are supposed to be social workers with guns.
2) Boeing has been lobbying heavily in favor of the Super Hornet. Hyper-competitive sales guys love tearing into the competition. Unfortunately, they risk feeding issue 1).
3) There's still a fixation with industrial offsets in some parts of the bureaucracy, and definitely in parts of the Canadian aerospace industry that aren't currently getting F-35 work. You'd think that people would've figured out that "offsets" are really just a way of paying for political cover, but no. ("Sure, we paid $20 million more per aircraft, but some of that work stayed in Canada!" - never mind that SOMEBODY paid an extra $20 million...) The F-35 industrial participation program and lack of a "competition" bugs the bureaucrats.