Getting Helos Back in the Fight

'Solomon' at SNAFU! has an interesting post covering the return to service of two HH-60 Seahawks that had a little 'accidental contact' in late 2008. Interesting story and photos.

The Crash of Moccasin 02.
Snafu's post reminds me of a mishap a buddy of mine had on a H-53 Pave Low III after Desert Storm. This bird already had repaired combat damage from the SS Mayaguez rescue operation on it's logs (Most people have no idea how many times the Pave Low III airframes had been 'remanufactured' and had seen action from Vietnam to their retirement).

Initially, this was listed as a Class A mishap. By the final review of the accident and through judicious scrounging in the Boneyard, it had been revised down to a 'Class B'. I checked the records again years later and a miracle had occurred: it was then listed as a 'Class C'. A lot is broken with the Air Force, but the Pilot Protection System is apparently running just fine. 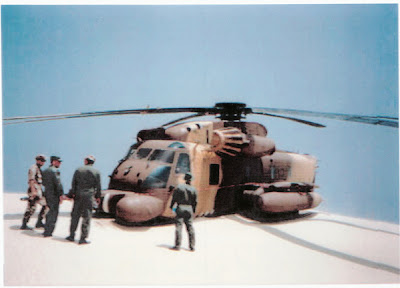 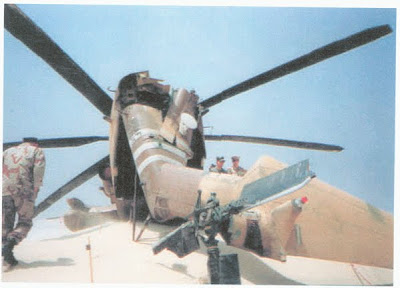 This little meeting with a sand dune broke the boom off, scattered a lot of piece parts, rolled the FLIR ball backwards into the belly.

This episode provided me with enough material for three term papers on Human Factors, System Safety, and Cockpit Resource Management while pursuing two different college degrees. I probably know more than I should about this crash, not because I know one of the survivors, but because somebody did an awful redaction job in response to a FOIA request.

When I'm certain all the parties are no longer flying anywhere, I'll publish the whole, sad tale.