Extreme Angle of Attack: What is It Good for?


In looking at AoA papers related to the series I just concluded, I ran across a paper that was able to express what good Aeros everywhere already know. Higher maximum AoA does not translate into more "vector" change if it sucks down your "smash". 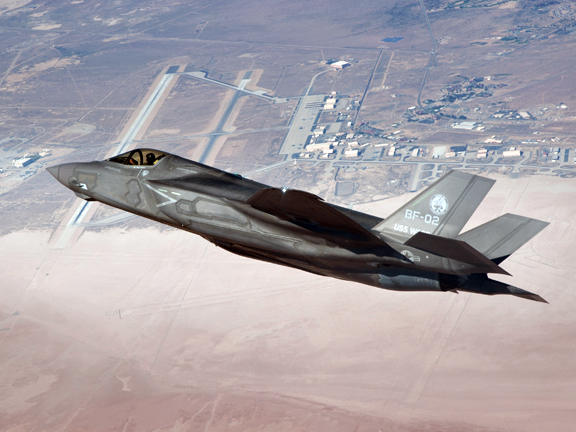 Perhaps this gives some indication as to why there is a 'specified' AoA for the F-35?

(and all the AoA over and above that point probably won't count for much.)


The following conclusions are drawn from the evaluation of the metrics:


1) The Combat Cycle Time metric is dominated by the sustained turning and acceleration phases which are already assessed by traditional measures of merit. However, the metric provides insight into two features of aircraft capability not considered by traditional measures of merit. First, the metric provides a measure of the ability of the aircraft to transition between two sustained aircraft maneuver states. Second, the metric's time based value rewards quick flight path whose pointing maneuvering while simultaneously balancing this reward with a penalty for large energy losses.


2) The Dynamic Speed Turn plots do not measure any new aircraft capabilities and thus do not assess capabilities not already addressed by traditional measures of merit. Rather, the strength of these plots is derived from a) their ease in depicting the penalty paid for achieving certain performance levels at various airspeeds and b) their ability to clearly compare the maneuver capability of dissimilar aircraft. To obtain the same information from traditional energy maneuverability diagrams requires a more timely and detailed analysis and the resulting comparisons between dissimilar aircraft are not as concise.


3) The Relative Energy State metric has two features not addressed by traditional measures of merit. First, the metric stresses the importance of retaining maneuver potential since either defensive or offensive maneuvers may be required after a turn in a multi-bogey environment. Second, the deceleration to corner speed is clearly quantified.


4) The quantification of these metrics showed that the angle of attack load factor limiter in the F-16A provided that aircraft with a definite advantage over the F-18A, F-5A, and X-29A. The limiter, although reducing the maximum turn rate, prevented the aircraft from reaching high energy bleed rate conditions. This limiting essentially relieves the pilot of the responsibility of having to set up an optimum maneuver. However, the metrics quantified here do not provide an ability to assess the benefits of performing high angle of attack maneuvering - a capability which could potentially offset the associated energy losses.

With HOBS missiles, is high AoA even relevant anymore?

Hi Smitty.
Re: High AoA relevance. I'd say absolutely up to the point that it allows maximum vector change in likely operating altitude/airspeed regimes. But the reasons won't be as much as for speed in getting in a position to take a shot, however 'off-boresight' it might be, but for maximizing your ability to keep out of the other guys' engagement window and just as importantly, to allow you to take maximum advantage of your situational awareness in timing your maneuvers to defeat wepons launched against you. Since Vietnam, history is rife with examples of avoiding the missiles you see, and getting hit with the one you didn't.